Jane has been kind enough to write up a ‘diary style’ report in the absence of any activity at the Club.

Today, finally, some rain! It prompts excited WhatsApp messages between Gardening Club friends.  The scorched earth that was masquerading as my vegetable patch is once again looking as if it may be able to support plant life.  The pair of pheasants that were enjoying their daily dust bath amongst the parched courgettes are looking somewhat disappointed.  Hoeing has been particularly satisfying during the hot weather, watching the weeds shrivel up almost instantly.  However, the rain does hail a welcome interlude in the nightly ritual of traipsing around the garden with a watering can.  Perhaps now I will get a chance to sit and watch some of the virtual Chelsea Flower Show on catch-up instead.

The warm weather encouraged an early glow-worm to take up nightly residence on the garden path next to the house.  Apparently it is the flightless females that glow in order to attract the flying males.  So we spent our evenings in the half light, not wanting to put the lights on for fear of out-shining her.   After ten nights the glowing stopped.  From the very informative website glowworms.org.uk and the link from that site to John Tyler’s book “The Glow-worm”, we learned that adult glow-worms only live a few weeks, do not have mouths so must live off the reserves built up in their larval stage and, as a result, can rarely sustain their glow for more than ten nights. But we are hopeful that she turned out her light because she had finally attracted a mate.

June is the month for roses but they seem to have thrived in May’s sunshine and the old climbers that grow against the house have already put on a fantastic floral display.  This is despite having very few leaves due to my lack of care (no water, no feed, no pruning and no disease control).  Following the encouragement of February’s Gardening Club speaker, Michael Marriott, to just ‘chop away’, I had made time earlier in the year to prune and feed my David Austin bush roses.  I am now being rewarded with plants that are a picture of vigour and beauty and a reminder of what the others could look like if I put in the time and effort.  Elsewhere in the garden there are plenty of other neglected areas that require attention and although it feels that we have already had a couple of months of summer, it is just as well that we are, in fact, only at the very at the start of it. 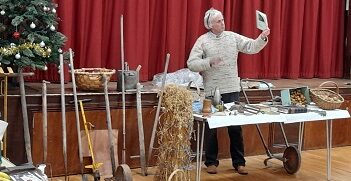 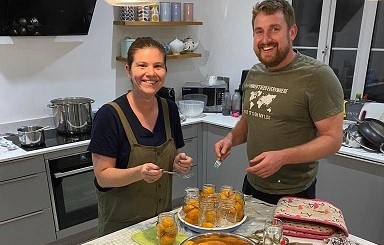 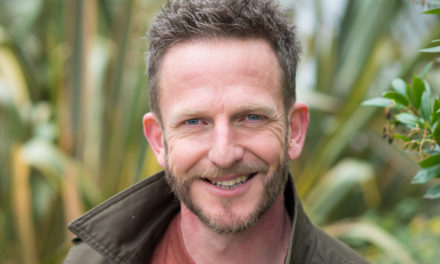