365 Days of Colour in Your Garden.

This event is open to the public – see below for details on where to buy your ticket! 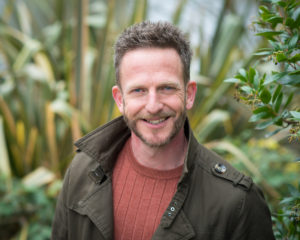 After studying horticulture at Hadlow College and achieving a 1st class honours degree in Landscape Design from Greenwich University, Nick has worked across many sectors of horticulture over the last 25 years, including nursery stock production, garden management, garden design, teaching, public speaking writing and broadcasting.
Nick is currently a regular presenter on BBC Two’s Gardeners’ World to over 2.5million viewers. His film on plants associated with Shakespeare for Gardeners’ World won best TV programme at the Garden Media Guild Awards 2016.
He began his broadcasting career presenting Gardens Wild and Wonderful in South Africa (’95-’96) and spent four years as a panellist on BBC Radio Norfolk’s Garden Party. Nick has since appeared on BBC 2’s Great British Garden Revival and Big Dreams Small Spaces, as well as ITV News and BBC 1’s The One Show, BBC Radio 4’s Food Programme, and BBC Radio 2.
Nick’s horticultural media career spans some 15 years, during which time he worked as an editor for Garden Answers and Garden News, moving on to write freelance for BBC Gardeners’ World Magazine, RHS The Garden, The Mail, The Times and The Telegraph. He currently has regular columns in BBC Gardeners’ World Magazine and Garden News.

As a dynamic and entertaining public speaker, Nick has taught and lectured for Greenwich University, Chichester College, The English Garden School, The Mediterranean Garden Society, The Hardy Plant Society, and numerous garden groups and associations in the UK and overseas. He is a regular speaker at Gardeners’ World Live.

His work has taken him all over the world including designing and managing gardens in the UK, Spain, South Africa and Australia. Nick created his first Main Avenue Garden at RHS Chelsea Flower show in 2016 for which he received extensive plaudits from the press and judges along with a Silver Gilt Medal.

Nick was also Head Gardener for London’s famous Chelsea Physic Garden, where he spent the last seven years redesigning the gardens and diversifying the plant collection.

Read a report of the evening