On 27th July Orleton and District Gardening Club was delighted to welcome Kev Alviti as its first speaker for 2021 to give a talk entitled Unusual Fruits and Vegetables to Grow.

A man of many parts, Kev lives with his family on a five acre smallholding in south Herefordshire.  A carpenter and craftsman he has been practising self-sufficiency for ten years, keeps hens and ducks for eggs and the table and grows hazel and willow for coppicing.  He grows seventy five varieties of apple, freestanding and cordon and has fifty-two vegetable beds.

Most people do not have as much land to devote to crops and Kev stressed that one of the easiest ways to grow unusual vegetables was to cultivate less usual varieties of old favourites such as tomatoes and squash.  Where possible he suggested that gardeners should steer away from F1 hybrids and save seed instead, perhaps swapping these with fellow gardeners at venues such as the Hereford seed swap.

Kev started his slideshow with a dramatic image of the Peruvian Black Mint, Tagetes minuta, looking suspiciously like cannabis.  However this is unlikely to enable gardeners to feel more laid back and they must weigh up the benefits of its claim to have a herbicidal affect on invaders such as couch grass against its invasive nature and a height of eight to nine feet.

Of arguably more practical benefit is the New Zealand Yam, Oxalis tuberosa, producing small tubers like potatoes with a flavour somewhere between apple and potato.  They have edible leaves and are resistant to blight, of interest to plant breeding groups.  Yacon, Smallanthus sonchifolius, a species of daisy has sweet tasting tuberous roots with a refreshing pear flavour and watery texture.  Its sugars are in the form of inulin, of benefit to diabetics. Its tubers can be used to make a sugar free syrup or dehydrated to make crisps.

Another tuber, Mashua, Tropaeolum tuberosum, has pretty nasturtium like flowers and a climbing/trailing habit. It has rather a strong taste and has been used as an anaphrodisiac.

The Chinese artichoke, Stachys affinis, has a rhizome which can be used raw in salad or made into a pickle with a mild radish flavour.

Skirret, Sium sisarum, a member of the carrot family, has long slender roots with a sweet flavour when cooked.

Quinoa, Chenopodium, is a pseudograin which has been cultivated for over four thousand years.  A rich source of protein and gluten free it is one of the few grains which is viable for small scale planting.  It has proved a useful food for astronauts and is unpalatable to birds.

The club was reminded that plants which we grow mainly as ornamentals are also edible. Dahlia tubers were originally introduced as food but proved less popular than potatoes.  Nowadays, should we try them we should be disappointed as they are bred for colour rather than flavour.  The flowers of the Day Lily, Hemerocallis, are edible and can be used for thickening soups, the buds and roots are also edible.  Korean Mint, Agastache, makes a refreshing tea.  Berberis berries when dried give a tart, savoury hit when cooked with rice.

Moving on to fruit, pretty trees such as the medlar and mulberry, Morus nigra, were mentioned though the sweet berries of the latter may be preferred to the custard like medlar fruit which has to be left to blet before eating. The leaves of the mulberry can also be used in cookery much as vine leaves are.

The Japanese wineberry was extolled for its delicious taste, a wine-like raspberry flavour, unpalatable to birds – but not to predatory children – and its attractive red stems.  Usefully it fruits between summer and autumn raspberries.  Queen Victoria’s favourite fruit, Chilean guava, Myrtus ugni, received a mention, rich in Vitamin C, a flavour reminiscent of blueberries and wild strawberries and with pretty leaves in autumn.

One of the most easily grown fruits, the cucamelon, a member of the cucumber family, is very popular with children.  It was stressed that these must be picked when small and tender leaving those of us who had composted ours when they did not live up to the claims of enhancing summer evening Pimms to reflect on our mistake!

When his produce is harvested Kev preserves, cans and dehydrates much of it.  A dehydrator is in his opinion an essential for fruit and vegetables.

We were told that the greatest pleasure of self-sufficiency was to do this within a community, a pleasure enhanced by sharing and swapping produce with neighbours.  The gardening club was very fortunate to listen to an informative and entertaining talk and left with plenty of food for thought. 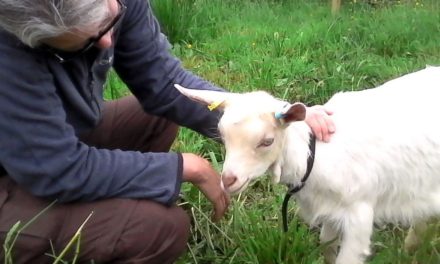 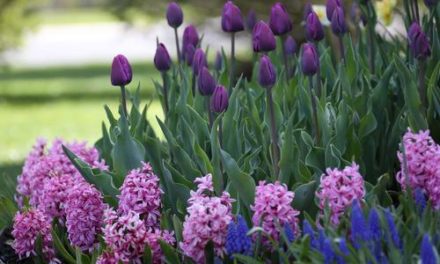