Report of talk by Timothy Walker

Euphorbias: Probably the best garden plants in the world!

Timothy Walker became director of The Oxford Botanic Gardens in 1988 and was head of the gardens until 2014. On arriving he had no particular interest in euphorbias but over the 26 years developed an interest which became a passion which in turn became an obsession! 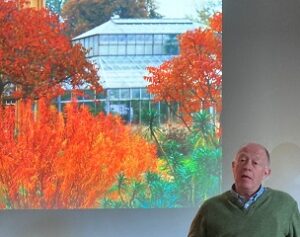 Oxford Botanic Gardens is the oldest botanic garden in Great Britain and home to one of two national collections for euphorbias, the other being at Harthill in Yorkshire.

Euphorbias are a very large and diverse group of plants found on every continent except Antarctica!

We have wild euphorbias (spurge) in our local woods and many of us have Poinsettias at home at Christmas which is also a euphorbia. There are over 2,000 species with many different forms ranging from tiny annual plants to some perennials reaching 25 feet high (7.5 metres), over 1,300 are considered succulents. Due to the diversity of habitat they are found in, through divergent evolution, they have grown to resemble many other plants such as cacti in hot arid climates.

They all have toxic sap, which is thought to give the plant its name as Euphorbius was a physician to King Juba II of Numidia and used the sap to treat warts among other things. The sap is particularly toxic to fish and is used in parts of Africa for fishing as it kills fish very quickly when introduced to the water.

The fruits always contain three seeds and are dispersed by explosive capsule and by ants moving the seed as each one has a small fatty deposit on them which is eaten by the ants. In cultivation they are often best propagated by seed or cuttings but never by root division.

Being such a varied species, they can be used in many ways in the garden and can even provide autumn colour and are nearly always treated a shrubs. Due to the amazing diversity of forms, size and habit there is one for nearly every position or garden. 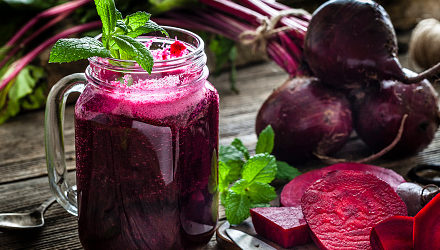