Report of talk by Penny Usher and Lavinia Sole 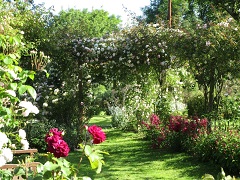 Penny began with a fascinating history of the NGS which began with the care of people rather than plants.  In 1859 in Liverpool William Rathbone employed a nurse, Mary Robinson, to care for his dying wife.  After her death he persuaded Mary to nurse sick people in their own homes. This led to the inception of the District Nursing Service established with the help of Florence Nightingale and Queen Victoria.

In 1926 Elsie Wagg suggested opening gardens to raise funds and wrote to the owners of several stately homes who agreed in 1927 to open their gardens for one shilling a head and thus the National Garden Scheme was founded.  This proved a huge success.  In 1949 the first Yellow Book appeared and the NGS became a registered charity in 1980.  HRH The Prince of Wales became its Patron in 2002 and Mary Berry became President in 2016.  Today small and medium sized gardens form the backbone of the scheme which owes its success to generous hearted gardeners.

In 2021 the NGS donated over 3 million to charities including Marie Curie, Macmillan Cancer Support, Hospice UK and The Queens Nursing Institute.  Annually £75,000 is donated to Horatio’s Garden, seven gardens established to aid the recovery of patients with spinal injuries, a memorial to a young hospital volunteer who tragically died aged seventeen.

The NGS is always looking for new gardens and members were urged to contact it if they know of likely candidates. 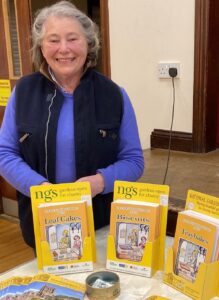 booklet for 2022.  These included Ivycroft which cheers us with its early display of Spring bulbs, Kentchurch Court which, except for a few years in the 1930s has been open each year since 1927.   The Laskett garden is the largest private formal garden to be opened since 1945.  Broxwood Court has 29 acres including an arboretum and was designed in 1859 by W. Nesfield.  Aulden Farm has opened for the scheme for 20 years and provides a refuge for wildlife.  22 Westfield Walk lies in the centre of Leominster and is a flower arranger’s haven.

Penny has also compiled three cookbooks which have raised £10,000.

The gardens provide a diverse range of styles and sizes and clearly there is plenty to delight and inspire gardeners without even crossing the county boundary. 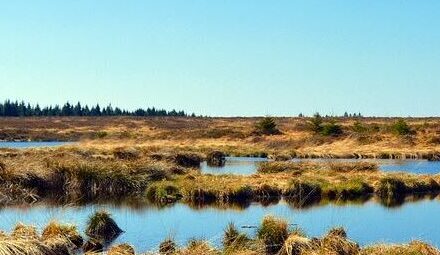 Report of talk by Dominic Hamilton